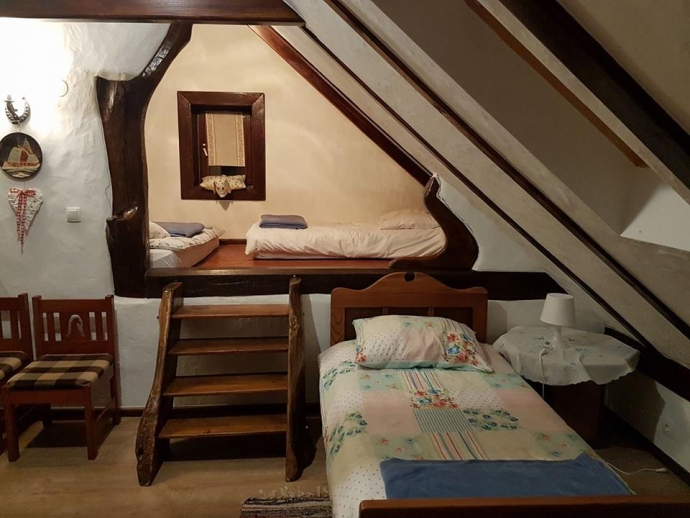 Continuing TCN's look on October 21, 2016 at some of the highlights of Croatia's emerging rural tourism industry, a visit to Zlatni Klas in Otranovec near Virovitica.

With much of the population and tourism concentrated on the coast, eastern Croatia gets very few column inches by comparison. Once the bread basket of Croatia, the region is suffering from an alarming depopulation, especially among its youth, who are being forced to leave in search of economic opportunity. But not all are leaving, and there are some real beacons of light and hope to be found.

I had never heard of Otrovanec before my very hopsitable guide from the Croatian Rural Tourism Association took me there after a spectacular introductions to its members at Seoski Turizam Rakic near Krizevci, and its name did not sound particularly inviting. 'Otrov' means poison in Croatia, hardly the most welcoming advert for a village, its origins harking back to the fight against the advancing Ottoman Empire.

Legend has it that the Turks were camped close by with their front line close to Otrovanec. Promised reinforcements to defend their attack on Otrovanec had not arrived, and the locals were facing an imminent slaughter and loss of their homes. Between the two sides was a lake, which the Turks would surely use to water their horses prior to their attack. The village defenders decide to poison the lake as their only hope of repelling the attack of a force of much greater number and firepower. The Turks did as they hoped, the attack was beaten off, and Otrovanec remained unconquered.

Poison is the last thing that comes into mind on entering Zlatni Klas, the main attraction in Otrovanec these days - a restaurant, accommodation and hospitality centre which literally breathes natural goodness at every step. This place was GORGEOUS, and filled with so many intricate details of the past, that one could spend a day just going through the little artefacts of the past which contributed to its immense character.

And although Otrovanec is a little off the beaten track (but only 130 km, or 2.5 hours east of Zagreb, west of Virovitica), word is getting out, and there has been a steady increase in business for those in the region in search of great food and comfortable accommodation. It is growing in popularity as a cycling stop, for example, and with the rise of regional cycling tourism in Croatia, the existence of such places as Zlatni Klas are an essential component of Croatia's quality offer.

The main buildings at the front of the plot housed most of the accommodation and restaurant, but behind lay a delightful open plan garden with a host of fun things for the little ones - I particularly liked this tree house in the centre.

But not as much as my two daughters when they saw the pictures, and now we have to return to visit.

Zlatni Klas has a very relaxed feel which compliments the approach of its owners, and everyone is a friend upon entering. There is ample space to relax, allowing the little ones to explore, and Zlatni Klas is a popular destination for local schoolchildren, whose primary aim in visiting may well have been to experience how life used to be 100 years ago, but increasingly it is also a valuable lesson of healthy living and how life was just 25 years ago... before the Internet.

The true fairytale house, however, is right at the end of the plot, past the stables which are home to the ten horses, cow and a pig, at the bottom of a field in total isolation.